About the Supreme Court Cases 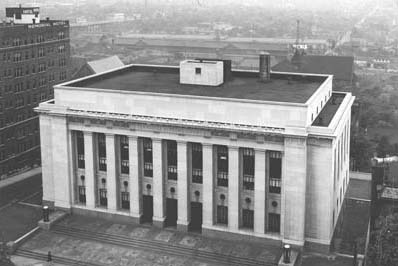 The files located in the Tennessee Supreme Court Cases represent an especially valuable resource for historical and genealogical research at the Tennessee State Library and Archives [TSLA]. The volume of cases is extraordinary, with well over 10,000 boxes of material in storage. Chronologically, the cases encompass the period from about 1809 to approximately 1950. The scope of subjects discussed in the cases is equally impressive, comprising the full range of criminal cases as well as land issues, debt, slavery and estate disputes, among many others. The content of the case files range from very brief records to a complete summary of all the proceedings, sometimes involving hundreds of pages. Transcriptions of trial testimony from the lower courts, when they exist, usually appear in cases beginning in the late nineteenth century. Within the cases, one can discover details that throw light on personal data, community life and family relationships, making the Supreme Court cases an inestimable tool for genealogists.

Tennessee’s original constitution made no provision for a Supreme Court. Instead the state retained the court system of North Carolina, which comprised the Court of Pleas and Quarter Sessions and the Superior Court of Law and Equity. In 1809 the Tennessee legislature formed the Supreme Court of Errors and Appeals and, finally, the Constitutional Convention of 1834 created the Supreme Court as its own entity. The legislature fixed the seats of the Court—Knoxville, Nashville, and Jackson—to correspond with the three grand divisions of the state, East, Middle, and West. The Court heard appeals from both Circuit (criminal and civil cases) and Chancery (cases of equity) courts. Originally, the Supreme Court consisted of three judges; but, after the 1870, the number was set at five members.

A Work in Progress

In 2021, the Library & Archives began to add scans of our supreme court case files and published opinions to the database. Links to the pdfs of these case files and opinions appear in search results as viewable links. Cases that do not have a linked opinion or have yet to be scanned will indicate that as “no case pdf” and/or “no opinion pdf.” Once a case has been digitized, it will be added to the website for open access by other researchers.

Creating an index to the Supreme Court case files is a huge task, involving many members of the TSLA staff. Supplemented in the early stages by grants from the Supreme Court Historical Society and the Administrative Office of the Courts, the project continues with funding from the TSLAFriends and Ancestry.com. With more than 35,000 cases entered so far, we estimate the project is about 25% complete. Updates are being added to the website as the work progresses.

Tennessee Reports—Supreme Court reports, published and edited as individual volumes or small sets by various compilers through the years — the entire set is comprised of 225 volumes, containing reported cases through 1971 (but only those of particular legal significance).
Tennessee Supreme Court Clerk’s Records 1810-1955, Record Group 191 [TSLA].